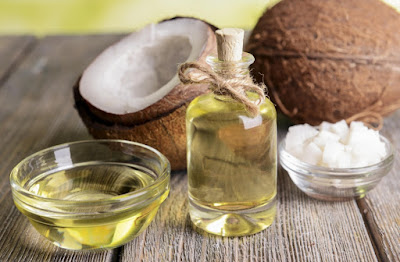 #Virgin #coconut #oil is colorless, almost like water and have the natural scent of coconut. The fluctuation of this scent depend on the processing technology. 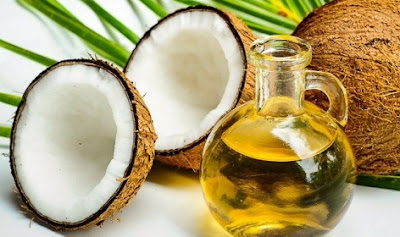 #Crude #Coconut #Oil is produced from dried coconut meat. Crude Coconut oil has many applications in the food and pharmaceutical industries or the other industries.
Package: steel drum (190kg) or flexibag (20-22 metric tons).

Contact us:
Mail: vietnamfmcg@gmail.com
Skype: pydi.pham
Posted by Unknown at 1:50 AM No comments:

Email ThisBlogThis!Share to TwitterShare to FacebookShare to Pinterest
Labels: HEALTH AND BEAUTY 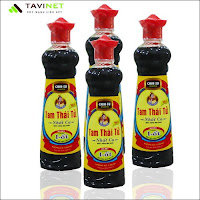 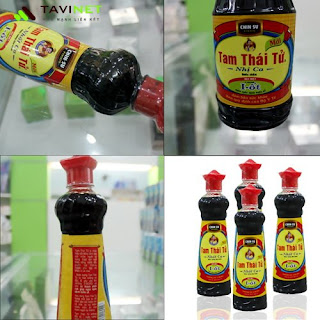 We give you the best quotation and a catalog of products, please contact us via mail with address below.
We can supply product according to your samples or you can choose one of our products to order. Then we will send detail information more to you. 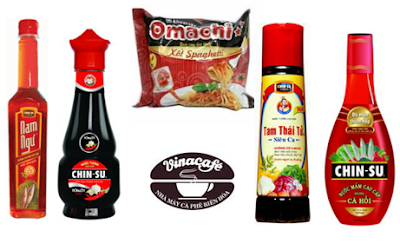 Email ThisBlogThis!Share to TwitterShare to FacebookShare to Pinterest
Labels: FOOD 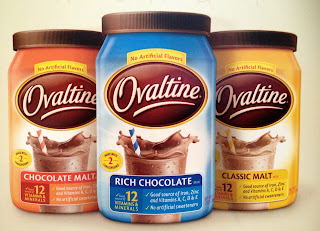 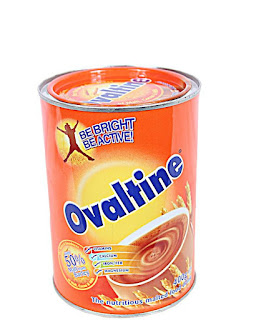 Ovaltine (Ovomaltine) is a brand of milk flavoring product made with malt extract (except in the blue packaging in the United States), sugar (except in Switzerland), and whey. Some flavors also have cocoa.
Ovaltine, a registered trademark of Associated British Foods, is made by Wander AG, a subsidiary of Twinings which acquired the brand from Novartis in 2003, except in the United States, where Nestlé acquired the rights separately from Novartis later on. 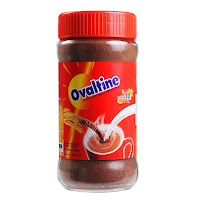 SHINESUN INDUSTRY CO., LTD
have a large quantity of Ovaltine. If you consider our products, do not hesitate contact us to receive the best price and a catalog.

Race suffocation in the supermarket sector

Race suffocation in the supermarket sector
From familiar names such as Lotte, Berli Jucker ... to rookies in Vietnam as Aeon, Cetral Group or Vingroup, 2014 witnessed a vibrant retail market.

With a population of over 90 million people and the majority of working age, Vietnam has become an attractive investment location for the retail industry - distribution. In particular, the door wide open in the ASEAN market in 2015, many items reduced tax rate of 0% is even encouraging foreign giants before pouring money to catch opportunities. Here are five giants in the field of supermarkets have joined the race drama about the market size in the past year.

1. Aeon (Japan)
Founded over 250 years ago from a store specializing in providing materials, clothing accessories kimono, far Aeon has become a global retail giants, appeared in 14 countries with revenues of nearly 60 billion years 2013.
Aeon began operating in Vietnam since 2009 in the form of a representative office and approved the company founded in 2011 with registered capital investment of nearly 205 million. This is the first step to developing Aeon construction activities, organization, business management and commercial centers, department store and supermarket. In early 2014, the company has declared truogn first commercial center in Vietnam, located in Tan Phu district (HCMC) and the end of the second center in Binh Duong.

Aeon's objective is to open in 2020 and operated 20 shopping centers and supermarkets across Vietnam. Meanwhile, across the globe, he grew a total of nearly 16,500 this center, shops.

Also, Berli Jucker also plans to open 205 stores branded utility B's Mart in the next 4 years. In Thailand, the company has a market capitalization on the stock market is about 88 billion baht (about 2.8 billion US dollars). The Group has 6 offices in Southeast Asia with a total turnover in 2013 of about $ 1.3 billion.

3. Central Group (Thailand)
Following the successful boss in Vietnam's retail market, in 2014, the Group Central Group of Thailand's richest families Chirathivat official system is performed with Robins mall in Hanoi and HCMC.
4. Lotte (Korea)
In Vietnam since 2008, but the first 5 years of the Lotte supermarket (Lotte Mart) appears only in the southern provinces. To 2014, the Korean retail giants march into Hanoi with scale plans to open the first location has an area of ​​over 20,000 m2 and opened Lotte Center Hanoi - the second highest building with a total area cities 253,000 m2 floor.
5. Vingroup (Vietnam)
A new comer in the market, but not inferior Vingroup when planning large-scale expansion in the period itself is a business toi.Xuat real estate owned hundreds of thousands m2 business center as well as common areas luxury apartment in the big city, Vingroup available advantages to become retailers caliber. As early as 2013, the group has five bared penetrate through to birth mall chain for children and companies specializing in e-commerce.

Initially, Vinmart conducted restructuring of existing supermarkets 13 Ocean Mart across the country, a total area of ​​over 40,000 m2. In the next 3 years, the company plans to expand to 100 supermarkets and 1,000 convenience stores across Vietnam through new investment or M & A.

Even in the last days of the year, marked the expansion Vinmart regain the 10,000 m2 floor of 79 Market stores, which belong Alphanam. Next time, Vingroup supermarkets will continue to expand into more residential areas, densely populated province in the country.
Posted by Unknown at 1:52 AM No comments:

FMCG PICKS UP AS ECONOMIC CONDITIONS IMPROVE IN VIETNAM

FMCG PICKS UP AS ECONOMIC CONDITIONS IMPROVE IN VIETNAM

Vietnam’s economic expansion quickens to 5.54% in the third quarter, mostly thanks to rising foreign investment that helps support manufacturing and exports. GDP growth in the first three quarters of this year picks up to 5.14% from 4.73% of the same period last year, signaling the prolonged slowdown will soon fade out. Yet, it is quite early to conclude whether a strong and sustained rebound is on its way as the main driver of the economic growth in quarter 3 is not much of local but foreign demands.
Quarter 3 ends with some positive signs in FMCG market, recording a value growth at 11% in urban and 13% in rural market. Personal Care keeps on leading the growth in urban market with strong gain in baby care, while Beverages continues to be the key driver in rural market. In terms of retail landscape, except stagnant wet market, all key channels maintain a healthy 2-digit growth over the third quarter.
During this quarter, Kantar Worldpanel notices the excellent growth of Floor Cleaner in Urban with 31% volume growth thanks to rapid expansion in buyer base with 133,000 new households recruited in the last three months. In Rural, Baby Diaper was the most outstanding category with 75% uplift in volume consumption by successfully expanding its reach to additional 338,000 new households and increasing average consumption by 25%.
Tough economic conditions combined with an explosion in new technology and an appetite for all things digital means that shoppers no longer follow a simple linear path to purchase. Being relevant at the place of purchase is not enough. It’s important to recognize that the shopper journey starts at the point where people identify a need to purchase, wherever that might be! 55% of shoppers make shopping list before going to stores and this ratio is much higher among modern trade shoppers. Besides “to fill-in few items”, which is the key reason for shopping across channels, promotion is also a tool to attract shoppers for modern trade.
So many decisions are made in stores! Especially in modern trade and wet market as 64% of the shoppers there say that they did buy something out of their plan. Visibility and promotion are the two factors impacting them the most. Brands should not just get into the stores. To really get the attention, it should be outstanding with good designs and placed in the diamond zone. David Anjoubault – General Manager at Kantar Worldpanel Vietnam – concluded, “Consumers are “forward thinking” while shoppers are “task-oriented”. Understanding the path to purchase of your shoppers will help you make the right marketing strategy to influence them.” 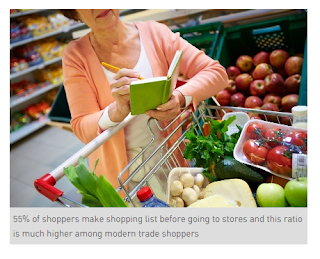 Recent movements of Consumer Price Index have fuelled some concerns of another price hike to come by end of this year. CPI in August rises by 0.83% against the previous month and by 7.5% against the same period last year, a significant lift from 0.27% and 7.3% by end of July. However, slightly positive signs of improvement can be observed in the current economic situation since total retailed sales of consumer goods and services of the first eight months of this year rises by 5.1% (inflation excluded) and employment index for industrial enterprises as of 1st August 2013 rises strongly by 2.6% from a year ago, suggesting a brighter expectation of both overseas demands and domestic consumption.
According to observation by Kantar Worldpanel during the latest 12 weeks ending 11 August, after several months of stagnant growth, FMCG market in Urban has reached its 2-digit growth rate for the first time at 10% in value. FMCG growth in Rural touches its highest level since end of 2012 at 14% in value and 11% in volume, rising more strongly on a slightly brighter view of the economy. Most key channels enjoy early signs of improvement, especially Hyper and Supermarkets, where growth is gaining speed, though not at fast pace as last year. Wet market in both Urban and Rural areas remains stagnant.
Personal Care continues to lead the value growth in Urban FMCG market. Demand for Baby Care and Facial Care products is leading the way, with value growth recorded at 34% and 26% for each sector respectively. Noticeably, Baby Wipe has become the hottest category in Urban market. Urban consumption of Baby Wipe has surged up by 51% in terms of volume, mostly thanks to a 32% increase in average household consumption.Meanwhile, recent boom in in-home consumption of beverages is notable among Rural families. Among all beverage categories, Carbonated Soft Drink (CSD) has recorded the most outstanding performance with doubled volume consumption against a year ago. CSD has recruited an additional 1 million rural households while managed to achieve a 63% increase in average household consumption, partly thanks to price-off campaigns of global giants.
Accounting for 70% of the population, contributing 60% of GDP, with an annual 2-digit income growth rate, Rural Vietnam is now a potential yet indispensable target in manufacturer’s growth plans. Rural homes have rapidly transformed throughout the last decade. Television sets and hand phones can now be seen in almost every Rural household. With more and more modern equipment available at home, Rural consumers are becoming more connected to the world and have more tools to ease their life. According to our Lifestyle Survey in late 2012, 1 out of every 2 families owns a fridge at home. The expanding penetration of fridges may, in turn, encourage the consumption of dairy products, beverages and other food items.
“With much lower income than their Urban counterparts, an average Rural household spends only 540,000 VND per month for FMCG with the biggest part dedicated for Packaged Foods. However, with moderate FMCG brand availability, which equals only half of Urban’s, Rural market is showing huge consumer business opportunity and plenty of first entry advantage.” – commented David Anjoubault – General Manager of Kantar Worldpanel 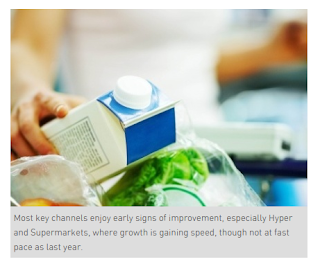 Pictures success of the implementation of activities in the shop usually includes a combination of the following: evaluation, classification, commercial activities and advertising in stores. However, to ensure that this is taken seriously at the store and get compliance from retailers remains a major challenge for manufacturers. The data in this article is based on a recent study by Nielsen Vietnam: “Report on the demand of retailers were conducted in Vietnam”. This report showed that the confidence index of retailers, leading the concerns and preferences of retailers for various trade programs and FMCG brands. Report based on the results of more than 800 direct interviews with retail stores (there are at least 30 types of goods) in urban & rural areas. 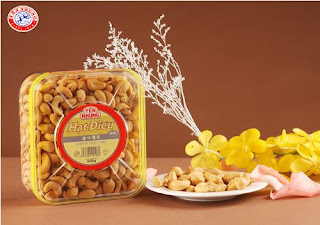